Mind De-Coder launches it's own blog 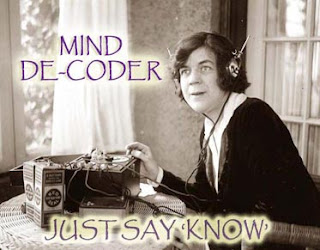 Mind De-Coder is a long time weekly radio show on Waiheke Radio, a community radio station based on Waiheke Island, New Zealand. Described by presenter El, as "a lysergically charged kaleidoscopic mix of psychedelia, acid folk, krautrock, hauntology, the occassional mash-up, mind-bending cosmic wig-outs and music that's fallen between the cracks" the show now has it's own detailed blog at http://minddecoder.blogspot.com. The blog gives extensive notes on all the tracks being played, and the podcast (which can be downloaded via a link that goes to the Waiheke Radio site) is a continuous mix usually coming in at just under two hours. I'm a big fan as El manages to mine the depths of the above mentioned genres, exposing listeners to an expansive array of music without getting in the way with announcements and track listings, etc. Great stuff to put on and get some work done on the computer I always think.

Mind De-Coder, tripped out music for the discerning head! minddecoder.blogspot.com
Legwork done by Unknown at 2:45 PM